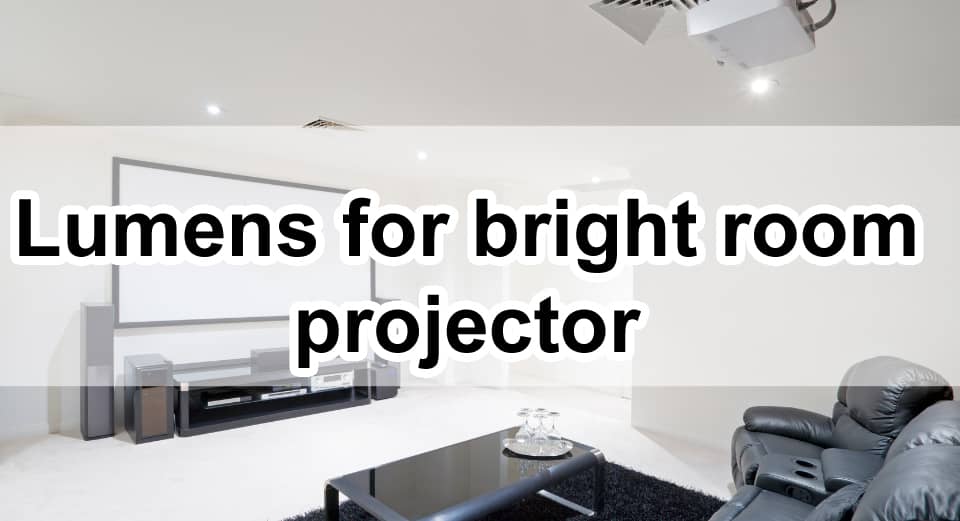 Brightness of a projector is arguably one of the most important factors of it along with other important things like its resolution and projection size. Moreover, it becomes the most important factor in a projector when you are buying a projector for bright rooms. The brighter the projector is, the better it is as it will be able to counter the bright sunlight against it and does not fade the image and keep it visible. Let’s go over some of the factors to decide how many lumens do you need for a bright room projector.

The brightness level of a projector is mostly expressed and measured in the ANSI lumens or simply lumens unit. To put it in simpler words, the higher the lumen numbers are of a projector, the brightness its projected image will be and you will be able to see a good bright image on your screen in a bright room with ambient lighting or some sun exposure.

Ideally, the projectors were initially restricted for only dark areas and rooms and hence why cinema halls have no windows built-in them. But with the advancements in technology, the industry was able to develop projectors that could be used in daylight in the rooms which had windows in them. And now there are even projectors bright enough which can be used outdoors due to their extremely high number of lumens.

How many lumens are good for a bright room projector?

In order to determine the ideal brightness of the projector to be used in a bright room, first you need to follow two things:

If you are interested in getting a projector for bright rooms, check out our detailed review on some of the top-rated projectors for bright rooms in the market along with an editor’s recommendation.

Although brightness is an important factor, having a high brightness projector does not mean a better quality picture. A good quality projected picture depends on the balance between resolution, contrast ratio and brightness of the projector.

We hope that our detailed guide helped you in finding how many lumens do you need for a bright room projector. Leave a comment below if you have any query.